ORGANIZATION OF THE 8th FORUM

ORGANIZATION OF THE 8th FORUM

The main document that guided the event’s organization was the Memorandum of Understanding (MoU) signed by the Brazilian Government, the Federal District Government (GDF), and the World Water Council (WWC) in April 2015. This document defined the manner the WWC and Brazil should collaborate with each other in the preparation, organization, and follow-up of the 8th World Water Forum.

The figure below shows the event’s overall organizational structure. 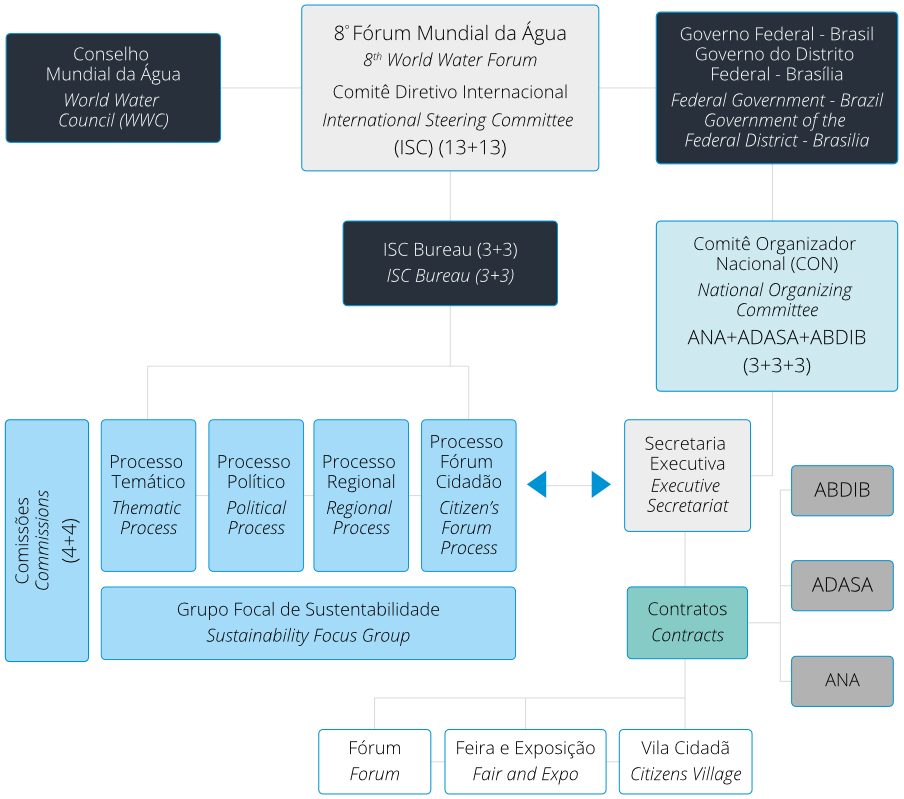