THE PATH TO THE 8th FORUM

The Kick-Off Meeting was the first official meeting that began the Forum’s preparation. It was held in Brasilia, 27-29 June 2016. The Second Stakeholders Consultation Meeting, also held in Brasilia, 26-27 April 2017, was the second milestone in the 8th Forum preparatory process. Its purpose was to listen to the stakeholders and obtain inputs and contributions for the definition of the8th Forum program.

In the course of the three years of the preparatory process, the Thematic Process Commission was in charge of identifying the relevant themes and connections to be discussed in 2018. This task took into consideration the importance of the Forum’s general theme, “Sharing Water,” and the cross-cutting theme of Sustainability. It was also considered the UN Sustainable Development Goals (SDG's), the Sendai Framework for Disaster Risk Reduction, the New Urban Agenda (Habitat III) and

the additional targets for water and the Paris Climate Agreement, as well as the implementation of the commitments made from the 16 themes discussed at the 7th World Water Forum. 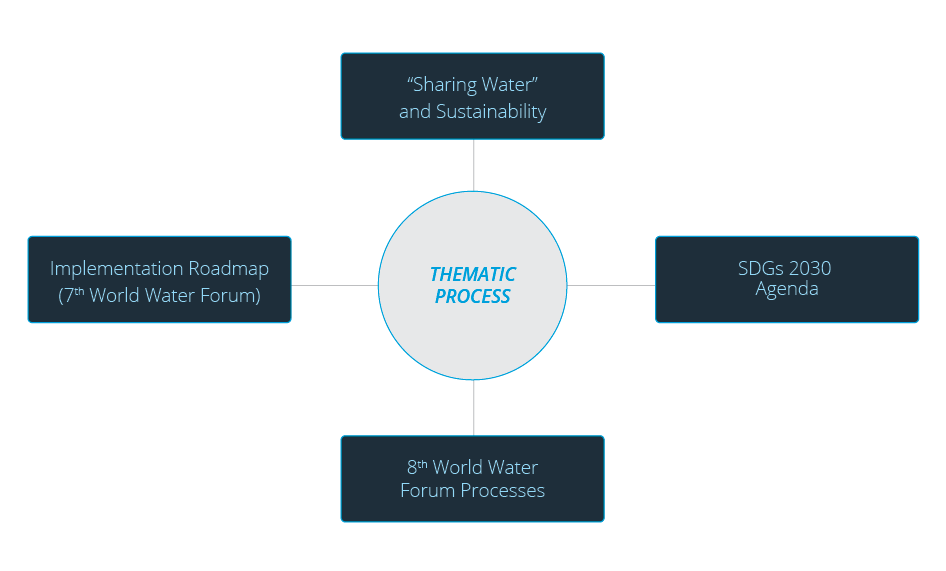 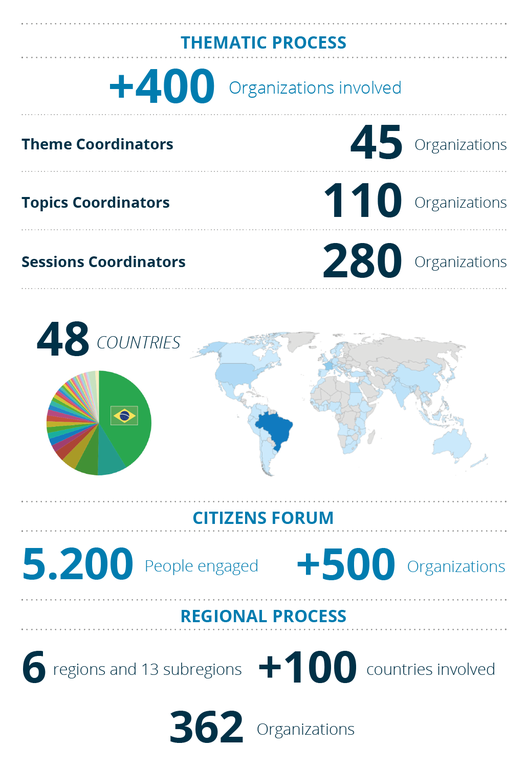 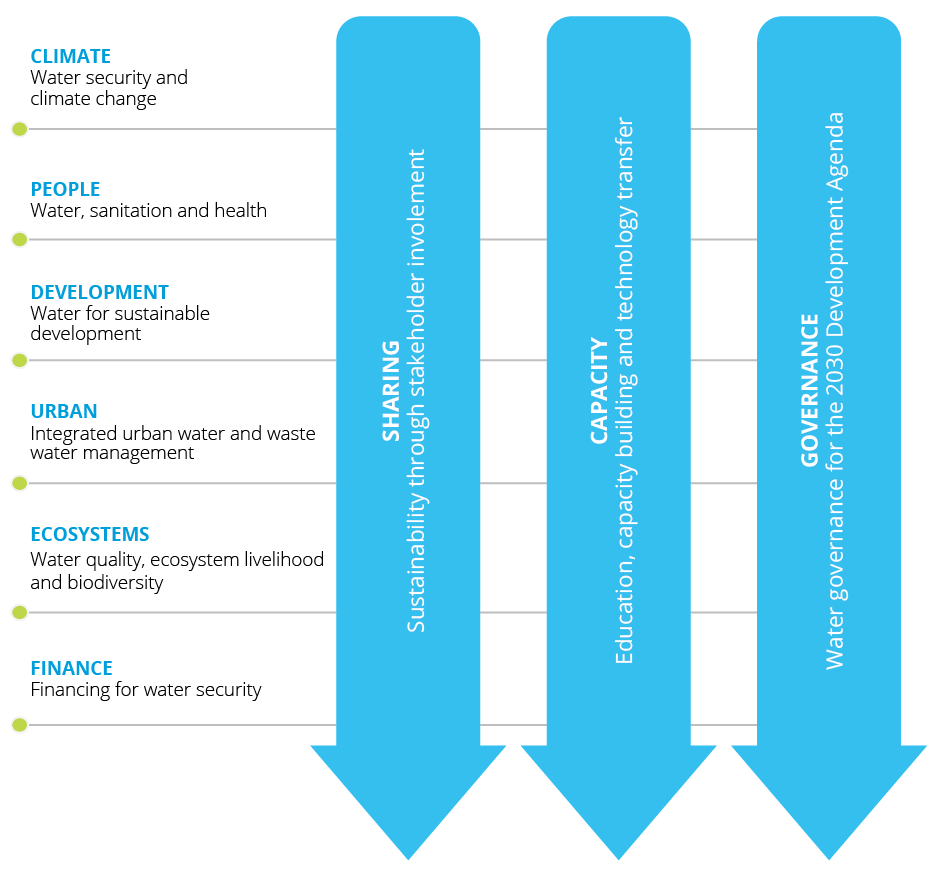